The Sky Is A Blank Screen: Live Recordings 2016 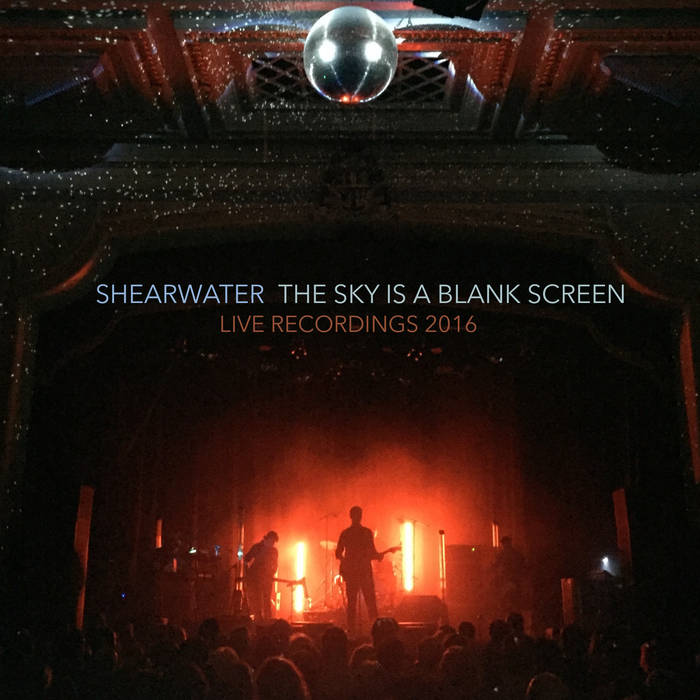 Jonathan Mills Seeing these guys live in London last year was a real joy - one of the best gigs I've ever been to - and this album beautifully captures the muscular anger of their Jet Plane & Oxbow songs, as well as some quieter moments too, that are genuinely affecting. Throw in a couple of juicy covers (Bowie and Bauhaus) and you've got a cracking live album. At their best, Shearwater can transport you to a different - and better - place, and I don't think there's any higher recommendation than that.

The Jet Plane and Oxbow tour was one of our shortest, but also one of the most intense and rewarding; it was certainly the loudest (and for good reason). 2016 seems far away now.

Most of these recordings come from a sweaty, hometown-ish show at the Croc in Seattle, recorded by Matthew Barnhart (who also recorded Rook back in 2007). "You As You Were" comes from Islington Assembly Hall in London, recorded by Jay Demko (who ran live sound and emotional support for us for much of the year). It was still the old pre-Brexit UK way back then, and a great place for a show; when I fired my laser gloves at the hall's enormous mirror ball, the beams skittered all over the room.

The other songs come from live moments where there wasn't an audience. The first "Radio Silence" is from an early-morning live performance on KUTX in Austin when I wasn't very awake; "Only Child" is a one-mic demo I made with Emily Lee at home in New York, "Wildlife in America" comes from a live performance on XM radio in DC, and "Kick in the Eye" is a Bauhaus cover we did for the AV Club's Undercover series, in the same room in their Chicago office where we played a full live take of Bowie's Lodger album that afternoon. (Sold separately). Lucas heroically mixed all this stuff in Austin months later.

Being on stage is like being in a trance; I don't remember much of the shows themselves when we're done, besides a huge surge of relief when nothing goes wrong. But I do remember more of the drives on this tour than usual. One in particular, when Sadie and I carted the van back to Texas after the last show of the first US tour in Portland, stands out; I remember rocketing through snow in Utah late at night, going about 80 with my eyes drilled into the taillights of the car ahead and my knuckles locked in place on the wheel.

The next day we outran the storm, took the van way up on the ridge at the Bears Ears and more or less camped in it. I woke up freezing and mummified in the driver's seat to see that the snow had caught up with us again, and inched down the mountain with both feet on the brake. Then I drove down the Moqui dugway, without telling Sadie what that was in advance; it's one of the best stretches of road in the US, even when there aren't cascades of snow pouring off the Cedar Mesa.

There was a lot of good thinking time on that drive. The country was very beautiful, everywhere, all through northern New Mexico, west Texas. I can't think of another time when I've felt that so keenly.

SHEARWATER / THE SKY IS A BLANK SCREEN / LIVE RECORDINGS 2016

Recorded live on stage in Seattle and London, and off stage in Chicago, Austin, Washington DC, and New York

10% of proceeds from this album will be split between the Equal Justice Initiative and Earthjustice.