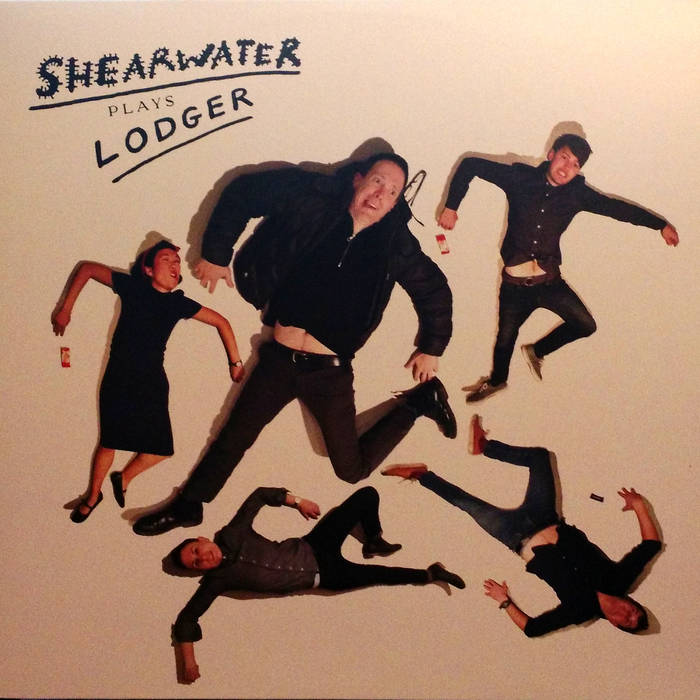 Jeff Palmer Love Shearwater because they constantly acknowledge their roots in Bowie and late Talk Talk.

Tim Shearwater did such a great job on this! Personally, other than the obvious singles - this was my first introduction of the Lodger LP. I love Bowie, but never got around to listening to that album. When I did, it was fun to listening to it from the reverse perspective of "How does the original compare to the Shearwater version?".
more...

NOTE: The vinyl version is SOLD OUT. The merchandise item for sale is the digital download only.
--
When we decided to cover a few songs from David Bowie’s weird and wonderful Lodger album as part of our tour for Jet Plane and Oxbow this year, we meant it as pure fun — a way to tip our hats to a record we loved. We were rehearsing it when Bowie died, and it suddenly felt different; heavier, of course, but more meaningful, and ultimately even more joyful.

This spring, we played a few songs from Lodger on tour each night in Europe and North America, but we only played the entire album four times – in Chicago, New York, Seattle, and for the Onion’s A.V. Club, who filmed us playing it in their office. (To the best of my knowledge, DB never performed about half the songs on the album live, though he often mentioned it as one of his favorites.)

As it turned out, the A.V. Club caught us at just the right moment – relaxed, intent, and a little goofy. You can see the videos of the entire performance here.

After it was posted online, a number of people asked if we had thought about releasing this performance on vinyl. We’re not a cover band, but we decided to do it, both as an expression of gratitude for Bowie’s work and as a document of a special performance.

And I figured, if we’re going to do it, we ought to do it right.

So I took the high-res 24-bit mixes of the show to be mastered by the legendary Greg Calbi at Sterling Sound. Greg’s worked on all our albums since Rook — but he also mastered the original Lodger in 1979 (!), a symmetry too tempting to pass up. The lacquer master was cut by Ray Janos (also at Sterling), and the record was pressed by RTI in California, one of the best pressing plants in the world.

All this for a one-time, limited edition of 500 copies. It’s not the cheapest way to do it, but definitely the best. The records sound (and look) great. I only wish DB were still around to hear it.

Many thanks for reading, and for supporting us.