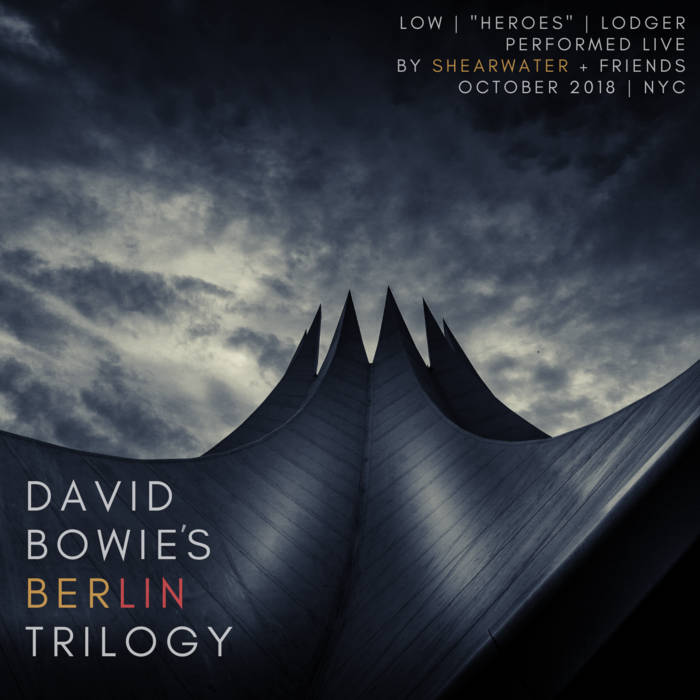 Rimbimhoot Phenomenal recreations of 3 incredible Bowie studio albums! Very true to the recordings and Jonathan can do a damn convincing Bowie vocal

Tim So happy to (finally) be able to support this project. The energy and attention to detail in the performance is outstanding. For example you absolutely nailed the drum sound from Low and “Heroes”! Thanks for all the work that was put into this (also for making it available in 24 bit). 👨‍🎤 Favorite track: Beauty and the Beast.
more...

it's safe to say these are the last songs by another artist that Shearwater will record or perform for quite a while (we've got to make another album of our own, after all). But these shows were a highlight of our performing lives, and reverse-engineering these unusual and inspiring records on their 40th anniversary was a delight and a challenge for us.

Special thanks to Maestro Carlos Alomar for graciously conducting "Warszawa".